LS2 saw its beginnings in the 1990s when Arthur Liao created a home-based business making helmets. Over time, the small business started to gain in popularity… and demand increased quickly. So in 1992, Arthur opened a new plant to increase production and hired over 100 workers. At that time, the original brand name was called FENGXING.

With a new development team, the success of LS2 helmets continued to grow. In 1997, FENGXING became a pioneer in the helmet industry and adopted the “MHR” brand looking to operate internationally. A short time after this market opening and exponential growth sustained by a new production technology, Arthur sought the help of his brother for future expansion. That is when MHR became a true family business.

In 2000, obtaining ISO 9000 certification, MHR owned and controlled all-new designs and technologies for helmet protection and manufacturing. MHR’s popularity continued to grow so much that, by 2005, they were manufacturing 2 million helmets a year! Excelling in OEM and ODM products, MHR wished to sell directly to consumers under their brand name. And that is how LS2 was created. The first LS2 helmet was introduced in 2007, at the EICMA exhibition in Milan, Italy. 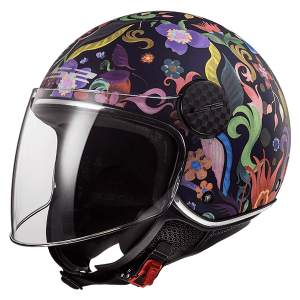